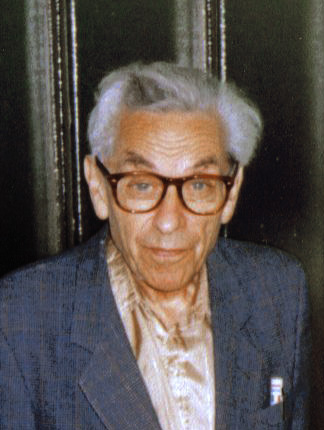 Paul Erdős ( ; 26 March 1913 – 20 September 1996) was a Hungarian mathematician. He was one of the most prolific mathematicians and producers of mathematical conjectures of the 20th century. pursued and proposed problems in discrete mathematics, graph theory, number theory, mathematical analysis, approximation theory, set theory, and probability theory. Much of his work centered around discrete mathematics, cracking many previously unsolved problems in the field. He championed and contributed to Ramsey theory, which studies the conditions in which order necessarily appears. Overall, his work leaned towards solving previously open problems, rather than developing or exploring new areas of mathematics.

Erdős published around 1,500 mathematical papers during his lifetime, a figure that remains unsurpassed. He firmly believed mathematics to be a social activity, living an itinerant lifestyle with the sole purpose of writing mathematical papers with other mathematicians. He was known both for his social practice of mathematics, working with more than 500 collaborators, and for his eccentric lifestyle; ''Time'' magazine called him "The Oddball's Oddball". He devoted his waking hours to mathematics, even into his later years—indeed, his death came only hours after he solved a geometry problem at a conference in Warsaw. Erdős's prolific output with co-authors prompted the creation of the Erdős number, the number of steps in the shortest path between a mathematician and Erdős in terms of co-authorships. Provided by Wikipedia
Showing 1 - 17 results of 17 for search 'Erdős Pál', query time: 0.03s Refine Results
Search Tools: Get RSS Feed — Email this Search — Save Search
Loading...